The Administration Office (AO) of ELIXIR Germany is the central support entity for the German ELIXIR Node and the Central Coordination Unit (CCU). It provides a range of administrative and management services to the consortium and serves as a connecting point between ELIXIR Germany and the ELIXIR Hub. Additionally, ELIXIR Officers are nominated within the eight service units to support the activities within the research centers and assist the Administration Office to fulfill its tasks. The AO of ELIXIR Germany as well as the ELIXIR Officers are funded by the BMBF.

Staff of the de.NBI AO is listed here 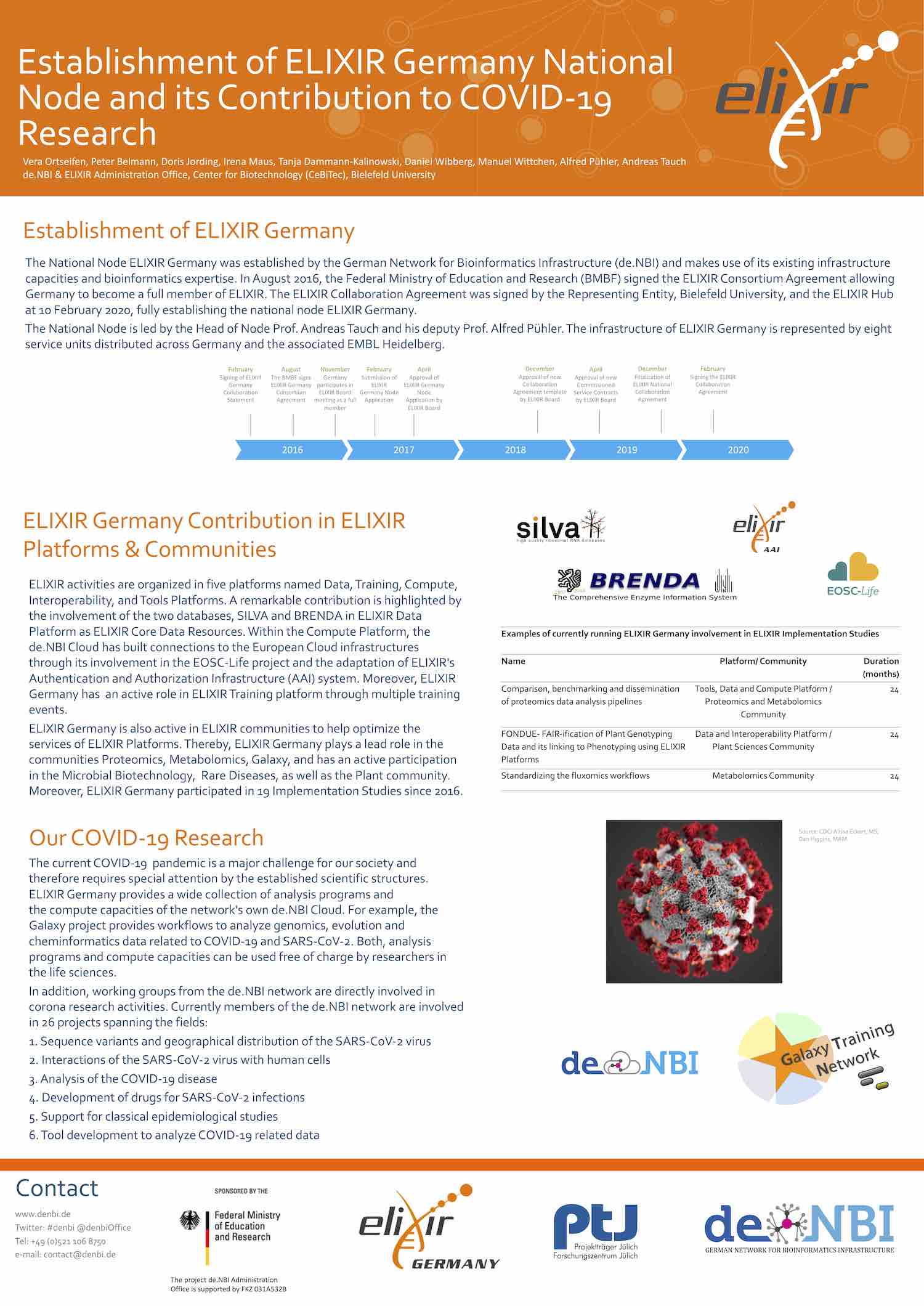 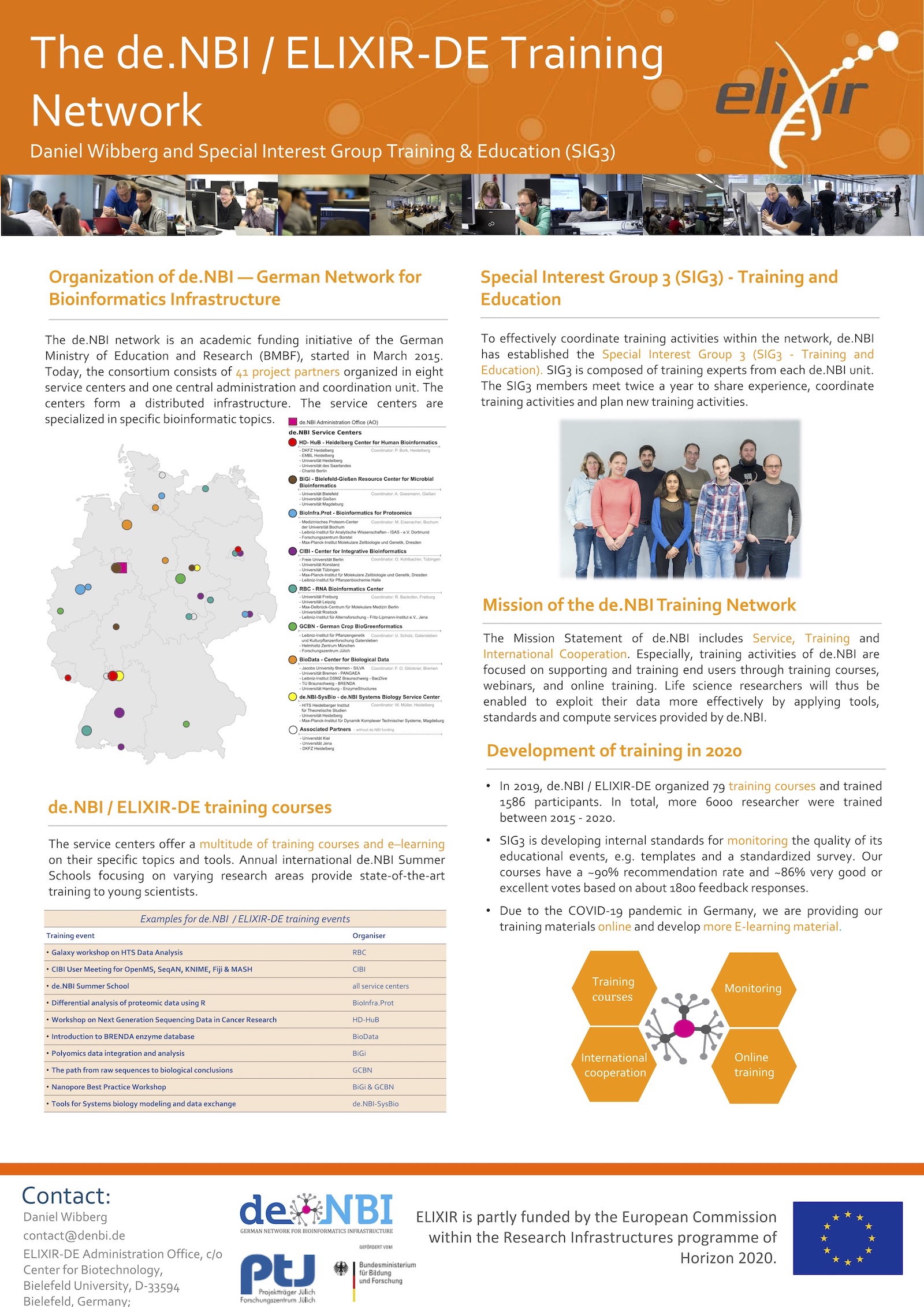